OSDRI prides itself on providing veterans a “Hand Up… Not a Hand Out” and with over 215 years of military experience on our staff we follow the time honored tradition of “Veterans Serving Veterans.”

Mr. Wallin serves as the full-time Executive Director and General Counsel for Operation Stand Down Rhode Island, Inc. A native Rhode Islander, after graduating from Roger Williams University School of Law in 1997, Mr. Wallin joined the United States Air Force and served as a Captain in the Department of the Judge Advocate General. He returned to Rhode Island and was appointed a Special Assistant Attorney General in the Rhode Island Department of Attorney General. Subsequently he opened his own law practice and also served on the Board of Directors of OSDRI. He assumed his current position with OSDRI in 2011. Mr. Wallin is admitted to practice law before the U.S. Court of Appeals for the Armed Forces and is a member of the bars of the Commonwealth of Massachusetts and the State of Rhode Island. In 2010 he was sworn in as a member of the bar of the United States Supreme Court.

Dee DeQuattro serves as the Director of Development and Veteran Legal Services. Ms. DeQuattro earned a B.A. in Communications and Political Science from Roger Williams University; an M.A. from Providence College; and a J.D. from the University of Massachusetts Law School in Dartmouth. She is licensed to practice law in Rhode Island, Massachusetts and is accredited by the U.S. Department of Veterans Affairs in the handling of disability claims. In addition to her responsibilities at OSDRI, Ms. DeQuattro is a Captain in the Rhode Island Army National Guard assigned to the Office of the Staff Judge Advocate. In 2016, Ms. DeQuattro founded the Boots on the Ground For Heroes Memorial and serves as the president of its board of directors.

Ms. Wildenhain is the Managing Attorney for the Disability Division at Operation Stand Down Rhode Island. Ms. Wildenhain graduated from Roger Williams University in 2010 with a B.A. in Legal Studies and Clinical Psychology, as well as a minor concentration in Philosophy. Ms. Wildenhain went on to attend Roger Williams University School of Law, where she graduated with a J.D. in 2013. She is licensed to practice law in the Commonwealth of Massachusetts, the Federal District of Massachusetts, and before the Administration for Veterans Affairs. She is an active member of the National Organization of Veterans’ Advocates (NOVA).

Ms. Wildenhain assumed her current position with OSDRI in 2019. Prior to joining OSDRI, Ms. Wildenhain was the managing attorney for the VA division at Rob Levine & Associates, where she established a division dedicated to helping veterans in their pursuit of disability compensation through the VA for injuries sustained during military service. She is the granddaughter of two Korean War Era Veterans, and her brother is a Chemical Biology and Radiology Nuclear Specialist for the Massachusetts Army National Guard.

Kaylin M. Pelletier-Koenig, Esq. serves as a Staff Attorney for Operation Stand Down Rhode Island and is a Rhode Island native. Kaylin graduated magna cum laude from Johnson & Wales University in May of 2014 with a Bachelor’s of Science in Criminal Justice and minor concentrations in Psychology, Sociology, and History. Kaylin then went on to attend and graduate magna cum laude from Roger Williams University School of Law with her Juris Doctorate in December 2017. At Roger Williams Law she was a member of the Honors Program, an Associate Editor of the Roger Williams University Law Review, and Justice of the Madison Chapter of Phi Alpha Law Fraternity, International. Kaylin is admitted to practice law before the Rhode Island Supreme Court, Massachusetts Supreme Court, United States District Court for the District of Rhode Island, and is accredited as a VA Claims Representative. For OSDRI, Kaylin provides free and reduced-fee legal services in multiple civil legal fields. Kaylin’s primary focus is Social Security Disability Law where she assists veterans at all levels of the SSDI/SSI application and appeals process from initial claims to appeals before the United States District Court for the District of Rhode Island. In addition, she also handles private and subsidized evictions in Rhode Island District and Superior Court and other miscellaneous housing law matters. Kaylin additionally assists veterans with SNAP application and appeals, uncontested family law matters, criminal record expungements, and assistance with Rhode Island Traffic Tribunal cases.

Prior to joining OSDRI’s team, Kaylin was an Associate Social Security Disability Attorney at Marasco & Nesselbush in Providence, RI where she learned the ins and outs of Social Security. From there she was chosen to serve as an Equal Justice Works Veterans Legal Corp Fellow via a cooperative between OSDRI and Rhode Island Legal Services, an organization for which she had been working and volunteering since her second year of law school. Kaylin is the wife of a Rhode Island Army National Guard paratrooper and the granddaughter of a Vietnam-Era Air Force Veteran.

Stefanie Perreault serves as a paralegal for the legal division of Operation Stand Down Rhode Island and also represents veterans in pursuit of disability compensation as an Accredited Claims Advocate credentialed through the Department of Veterans’ Affairs. Stefanie graduated from Roger Williams University in 2013 with a Bachelor of Science Degree in Criminal Justice and a minor in Psychology.

Prior to joining OSDRI, Stefanie worked as an Accredited Claims Advocate and Team Lead at Chisholm, Chisholm & Kilpatrick, LTD in Providence, RI for five years. There, she helped veterans appeal claims for disability compensation. She has also worked as a child support processing clerk in Plymouth, MA.  She is the granddaughter of a WWII veteran. She lives in Cumberland with her husband and son.

Eliminate barriers by providing veterans and their families the employment and training services they need in order to re-enter the workforce.
Learn More

Facilitate a combination of permanent supportive, transitional and recovery housing offers to low-income and disabled veterans to meet their needs.

Manage a community supported food pantry and Personal Hygiene program for use by in-need veterans stocked with non-perishables. 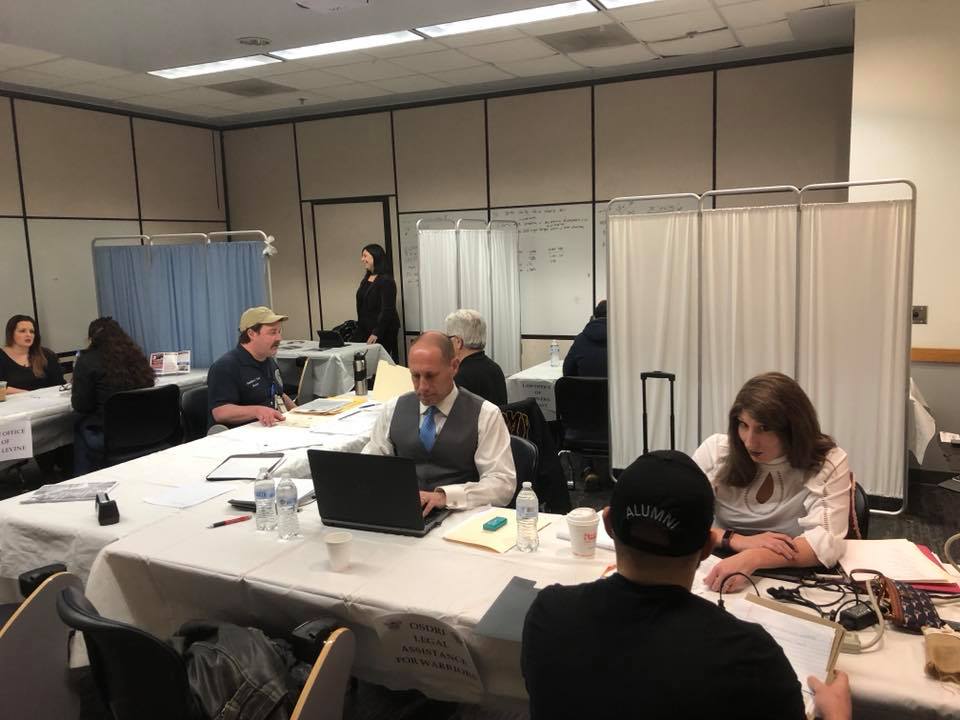