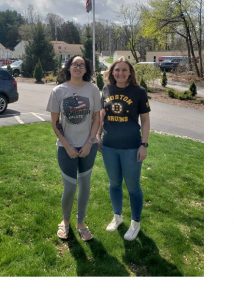 Elexious joined the US Army and was one of the first female recruits to honorably serve in the United States Infantry.  Upon completion of both basic training and infantry school, Elexious had an issue and under medical review it was decided that she needed to be med. boarded out under honorable conditions.  Upon returning to Rhode Island Elexious became aware that she had nowhere to go so she went to the VA hospital in Providence RI.  The VA then sent Elexious to Operation Stand Down Rhode Island, where she was assisted with housing.

Elexious was then referred to OSDRI’s Employment and Training staff, where an intake assessment was conducted to review skills, capacity and goals. Through OSDRI’s partnerships, Elexious was provided job and training opportunities that aligned with her initial assessment. After reviewing her immediate options, she enrolled in the RI Hospitality entry level cook training program and ultimately completed the program, obtaining her ServSafe and Food Handler Certificates. OSDRI then facilitated Elexious’ goal to go to school by referring her to the Department of Veteran’s Affairs, Vocational Rehabilitation Program. OSDRI levied federal and state grants to provide Elexious with job training and job placement while utilizing state and federal grants to eliminate financial barriers.

After Jason’s time in the USMC, Jason moved to Rhode Island. He worked several jobs, none of which led to long-lasting, gainful employment. He was unemployed for several months, applying for jobs one-after-another and became frustrated with his employment situation. After contacting the Rhode Island Department of Labor & Training he was referred to OSDRI.

In September of 2018, Jason turned to OSDRI for an advocate who would pursue employment/training opportunities that fit his skill-set. Jason’s caseworker identified his strengths and immediately started to identify barriers that were in the way of him gaining employment. OSDRI staff created a new resume for Jason and formulated an individualized plan of action. OSDRI utilized its extensive database of employer partnerships to market the former Marine’s skills and desire to be reintegrated into the workforce. He was referred to N.E.S. Solutions, one of New England’s largest public security details, and received a job offer immediately after his interview for weekend shiftwork. Jason and his caseworker continued to pursue full time opportunities, eventually finding a position at The Home Depot. Jason leveraged both opportunities, working full-time at Home Depot and weekends at N.E.S. Solutions. He currently maintains both jobs and is a full-time student at the Community College of Rhode Island. 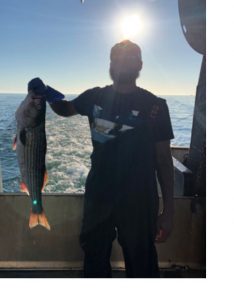 After serving honorably in the United States Marine Corps (USMC), Marcias Smith found himself in a situation where he could not afford rent and struggled to find long-lasting employment. Marcias was referred to OSDRI for housing assistance and employment. During his initial intake, Marcias expressed his desire for programs that were involved with Workforce Development. Utilizing OSDRI’s relationship with the Governor’s Workforce Board’s Real Pathways / Real Jobs partnerships, his case manager was able to align Marcia’s needs with his goals of developing a career. OSDRI staff enrolled Marcias into East Farm Commercial Fisheries Center’s Apprenticeship. After being accepted into the program, Marcias excelled and eventually graduated and was offered a position on a commercial fishing boat.

Currently, Marcias has been able to sustain his own housing needs and has maintained his job as a fishermen in one of Rhode Island’s fastest growing industries.